Calgary home sales slowest pace in more than a decade 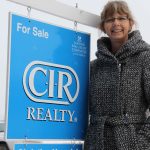 From a sales point of view, 2018 has been the slowest Calgary has seen in more than a decade. There was some thought, earlier this year, that the summer season might boost the pace of transactions, but that failed to materialize.

“We didn’t expect this much of a decline in sales activity,” said Ann-Marie Lurie, chief economist with the Calgary Real Estate Board, taking stock of the first nine months of 2018.

Back to top of page